The Trade Representative Authority held a workshop at the Ministry of Commerce and Industry in the presence of a number of members of the Egyptian Businesswomen’s Association 21 to discuss ways to maximize the benefits of Egyptian SMEs from the new program launched by the Canadian Trade Facilitation Authority entitled ‘Women and their Role in Trade for Comprehensive and Sustainable Development’ The workshop was attended by Ambassador Jess Dutton, Canada’s Ambassador to Egypt and the Canadian Trade Facilitation Authority delegation, as well as about 90 representatives of Egyptian companies from the boards. Export and stakeholders.

Minister Commissioner Ahmed Hosni, Director of the Americas Department of trade representative body, said that this new program is a good opportunity for SMEs and start-ups, especially those run by women, as this program aims to provide its technical and financial services to SMEs by supporting its promotional and marketing activities in Canada to facilitate the access of Egyptian exports to this promising market, and also provides technical support to government institutions and non-governmental export organizations responsible for supporting these projects.

Hosni reviewed the role of Egyptian trade representative in promoting Egyptian exports in foreign markets, especially in the Canadian market through the Office of Trade Representation in Montreal, the economic capital of Canada as the economic wing of Egyptian diplomacy, pointing out that Egypt and Canada have relations Strong at all levels, in addition to the bilateral agreements signed between the two sides in the economic and trade field, the most important of which is the agreement to prevent double taxation and the agreement to protect and encourage investments.

He also pointed out that there is a trade surplus for Egypt, where Egyptian exports from January/November 2019 amounted to about $718 million, an increase of 10.6% compared to the same period in 2018, which reached 647 million The main exports are gold, salt, ready-made clothing, fertilizers, vegetables and frozen fruit, and in contrast, the value of Egyptian roses from Canada in the same period of 2019 was about $528 million and the most important imports are iron ore, lentils and gold.

He said Canadian investments in Egypt include 559 companies with a total investment of 1.75 billion dollars, the most important of which is the industrial, mining and tourism sectors.

Dutton added that the Canadian private sector plays a pivotal role in the Egyptian market and achieves major successes, the latest of which was the victory of one of the largest Canadian companies in cooperation with its Egyptian counterpart contract to implement the electrified train Monorell in the administrative capital and the city of October 6 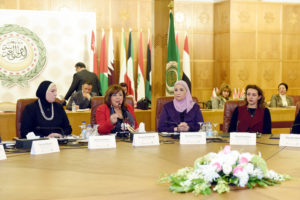 This year, BWE21 annual conference “women for Success” was the 6th, themed “Digitalization of Ecosystem”, as we know the... 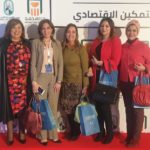 Exporting Agribusiness Products to the Region: Best Practice Examples from Egypt and Tunisia 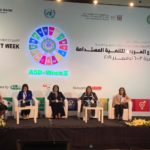