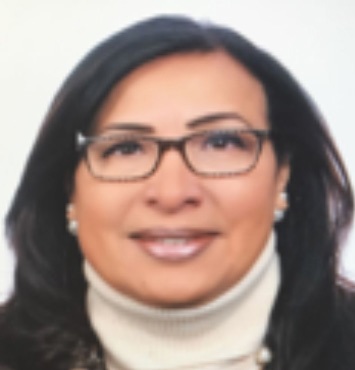 Managing Director and CEO of Egypt Tourism An Egyptian businesswoman and tourism expert who held several leadership positions, the most important of which is the position of Chairman of the Board and Managing Director of Travco Group of Companies for Tourism and Hotels in 2011 and a member of the Federation of Tourism Chambers in 2013 Where she represented Egypt in many international conferences and exhibitions (including America, Spain, Germany and others). She held many positions in Travco Tourism Group, where she worked for nearly 35 years, since 1981, starting with the position of Executive Secretary, through the position of Director of Tourism Operations, then General Manager of the Group, to the position of Chairman and Managing Director. She became a business partner and CEO of Tivoli Travel through a joint venture of business alliances with Balbaa Group of Hotels in Sharm El Sheikh, Marsa Alam and Hurghada as well as Viking Group of Floating Hotels in Upper Egypt. She graduated from the Faculty of Commerce, Ain Shams University, and is fluent in several languages, especially English and French. She was honored by Amwal Al Ghad magazine among a list of 50 women considered the most influential in the Egyptian economy. In 2014, she was nominated for the position of Egyptian Minister of Tourism, where Ibrahim Mahlab, the Egyptian Prime Minister at the time, met her, succeeding Hisham Zaazou in the new government formation. She is currently the Managing Director and CEO of Misr Tourism Company